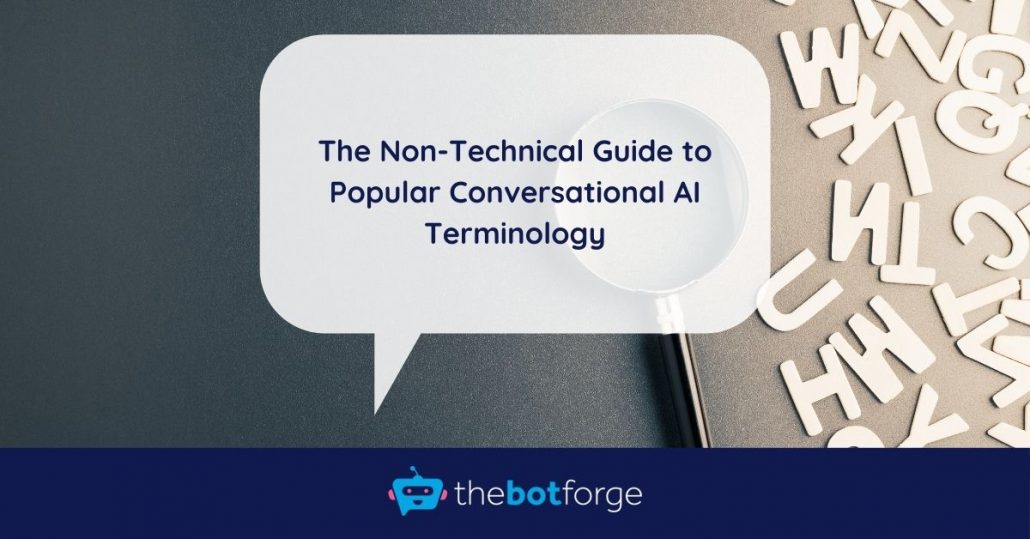 Conversational AI technology is not new, but the advanced in the technology has driven a major growth in the industry and what can be achieved in its role solving business problems for many types of industries.

We talk about Conversational AI a lot on our website and blog, after all this technology is at the core of what we do at The Bot Forge.
You may well have encountered some of the different terminology used. But what do developers and technologists really mean when they use these terms? Having a simple understanding of some of the more frequently used terms can be useful when thinking and talking about your chatbot or voice assistant strategy. This conversational AI terminology cheatsheet aims to help you understand; no technical knowledge required!

We hope you have found this Conversational AI Terminology Cheat-sheet helpful.
Comment if you think I've missed any terms out which should be on the cheat sheet.

If you want to talk about your chatbot project why not book a free consultation with us.